Actually it was in the 18th century, and it was the father of anthropology and his friends that decided to “group” people where this term gained momentum in the lexicon of some folks. Johann Friedrich Blumenbach, called the father of anthropology and Christoph Meiners both, were two of the great thinkers of the day and did divide the world into great big groups, calling them the three (and depending – the five) great races. If you compare the known haplogroups to how these old white men divvied up the world at the time, they came intriguingly close. And the term Caucasian, at that time, in no way meant the white “color” only. Caucasian included Arabs and North Africans and many of the region that no “westerner” today might call white. The group included white and cream and brown and other brown and another ivory and another olive.

How this one classification of Caucasian turned “only white” is not fully explained. This all began with the great college history department Göttingen school of history. https://en.wikipedia.org/wiki/G%C3%B6ttingen_School_of_History

What we call each other is the question. 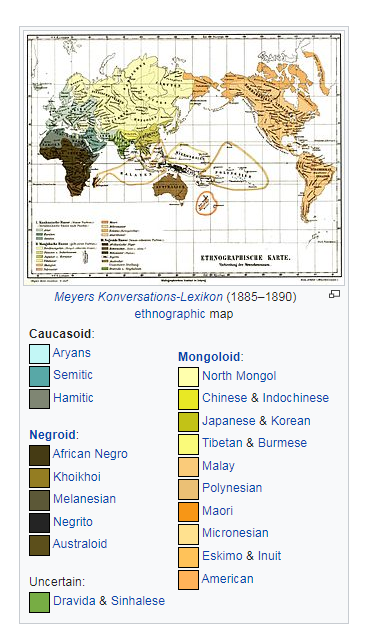 Caucasian? The 18th century classifications of humankind into three groups is the issue. We are of course one group. But the great thinkers had to give names and in the end the names were used for ill. One race or group is or was better than another. We read this rot from my end of the world because this was written in languages that we can read, or that have been translated for us. In the eastern part of planet Earth (in Latin, Orient), they have no less strong opinions about the remainder of the world’s peoples. Some have their own claims as to where modern humans might have arisen — and that is certainly another blog.

Throw in the new DNA testing which tells people, mostly fibs, about SOME of their genetic ancestry, and we see the dividing of people all over again. All the old terms, derogatory or complimentary, to describe someone and slot them, acceptable or unacceptable, are surging in popularity again.

We displaced people (recent emigrants/immigrants) long to know who we are and where we came from. So to cash in the DNA companies began selling what they called ethnicity, admixture, origins, regional ancestry, and so on. They used all kinds of names; most have become inappropriate.

I fought so hard for my mother to be recognized as Caucasian, and maybe she was. Wikipedia says: “Ancient and modern ‘Caucasoid’ populations were thus not exclusively ‘white,’ but ranged in complexion from white-skinned to dark brown.”

But now it is not even appropriate to use the word. For her or me. I see no reason to call myself European. I am not. I never lived in Europe and it is only some of my ancestors who came from there. Why should I be stuck with a tag that is not me culturally or genetically (mostly give or take)?

I am only half Southerner, and my mother is only a small part Wisconsin. She is descended from Quebec and UK recent immigrants. She is not all European either. And my dad, with his American South, reads like an atlas. He has all three of the great races and so does my mother.

My genetic ancestries might be so diluted that they are hard to read, but I am fortunate to have my mother and my father’s sister. Both have some of everything.

So Caucasian is a bad word? I’ll be darned.  Did anything take its place?

We cannot be angry over dividing the world into three or 33 great groups of people. We all long to know. There is this longing – but for what? A homeland? Is that Europe for people like me, mixed mutts? Or are we looking further out to the stars? We are just stardust after all.

There is no doubt: I am livid toward old white men and these yahoos are the epitome. Oops, but what few clues there are to the writings of the East and South. Those folks don’t always shine to foreigners either, it seems.

“…3. People of Indian descent technically fall under the category of “Caucasian”, but they aren’t considered white (and have historically been denied the same rights as white people in Canada and other countries). The U.S. Supreme Court confirmed the distinction in a 1923 ruling, which denied U.S. citizenship to Indian-American writer Bhagat Singh Thind…”

Aren’t considered “white” to whom? Of course they are “white” in the sense that the “term” means. This illustrates that the bias of white and back and brown proceeded well beyond the 18th century historians who slotted people very similarly to how the haplogroups sort-of group folks.

From a week ago –

This boils down to words and sticks and stones may break my bones but it is worse to talk bad about my mother.

Meanwhile in an alternative universe:

“…Although I was surrounded by mostly very bigoted attitudes, most people, totally isolationist and very white – there was this other side, and a liberal feud between my paternal grandfather and most of the other side of the family, which finally was understood only to be his liberal thinking – so his influence alone might have saved me somewhat from the totally ignorant points of view, but he also had to conform to society and he was made to conform; so much of his wisdom was shared in secret, over bible readings and stories meant to make me feel better…”