Finding the perfect pair of black travel pants is important. It was important enough to drive the pushing two hours one-way to Duluth Trading out in Virginia. I did find the perfect pair of travel pants the Women’s NOGA and I got two pairs and they served me beautifully. Comfortable, wash and dry easy and look trim and slim – I was glad I had tried them on and so knew exactly what size to order – they did not have my perfect size in the perfect color in stock.

The 2-gallon plastic zip bag is a great clothes washing tip. The 2-gallon size are hard to find and I get mine online. They are just a “sandwich baggie” but much larger. A wee bit of Woolite or any other, light, easy rinse, soap into the bag with the garment and water and zip up the opening and you can shake to wash in a bath and then easily rinse and hang to dry. Paskho, Chico’s Travellers, linen, raw cotton.

But we were going to be across the road from Manassas Battfield and our Canadian uncle John Wilson’s Jr was there fighting with the Confederate’s Louisiana 14th. Go figure. 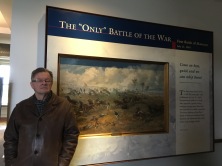 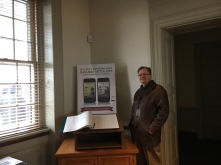 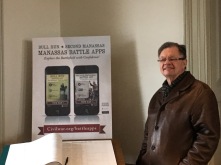 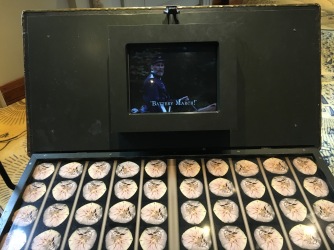 The record(s) for him are wonderful up until the day he left Elmira 1865 and then poof! Our red-haired (according to the military record) uncle John Wilson is never seen or heard about again until his younger brother’s death, and his brother’s William Knox Wilson’s obituary notes that W K fought for the Union Navy and on the USS Genesee at least some of the time and his brother John fought with the south – “conscripted in New Orleans” he said.

So we decided to make the Duluth Trading trip and visit to the National Battlefield.

Patriarch John Wilson Sr, Confectioner, Saloon Owner of Church Street in Toronto was politically and socially active in Toronto from the days of Muddy York. The newspapers were full of Sugar John Wilson’s exploits in the politics of the day over the neutrality act and his friends on The paper The Toronto Leader were staunch Confederate sympathizers.

At 9/11 I was in school in Toronto at U of T’s Woodsworth College and one of my papers for Canadian Studies was touching on discussions on closing borders between the USA and Canada and how there is history between the two countries going back to the days of when the USA was a British Colony and sister region to our northern neighbor Canada.

I did not know about Sugar John, some called him Bulls-eye John because the candies he made had a center bulls-eye. The candies as they were refereed to were really more like cough drops – they had liqueur in them from his saloon. His shop and saloon was on Church street right across the street from the old court house and it was said his saloon was a hot-bed of intrigue.

How a Canadian came to fight in the American Civil War we will never know – one uncle for each side. John Jr clearly had a devastating life the months after his capture. Our cousin John N E Wilson rememberd Pop telling him they had an uncle to die in the American Civil War Prison. Maybe John Jr did not really make it out of Elmira alive? Maybe Ben Dexter another great uncle was the one who died in the American Civil War. He Laso went off to fight as the war began, on the side of the Union. He made a will and left everything to his sister, our grandmother, Elizabeth Dexter Mason – mother of Rebecca Jane Jennie Mason Wilson and his and his brother’s pictures came down to us but who survived and how we don’t know – more than one was never heard from again that we have found any record – so far…

Manassas had some nice displays and the kids can get some cards with generals of the conflict, pictures and stories. And they did have the large info books about the military of the civil war and yes, our John Wilson Jr was there – they made copies for us and directed us to where his unit was in the war. The guide pointed out they saw some of the worst action of the battle.