I don’t want to read it but will have to:

Spencer Wells shared this with his followers today and I guess if there is one person or another to blame for this direct-to-consumer, DTC craze, certainly Dr Wells would be at the top of the list with the other greats like James Watson, Francis Crick or Brian Sykes. (Of course, there is no question no one would nor should consider blaming Rosalind Elsie Franklin, remember she had nothing to do with it.)

The NYT article is yet another in a string of bad news for DNA-for-genealogy, with the news that there is still more sharing without permission – without asking – even after they apologized and gave us a new contract. Again they betrayed our trust. This has gone beyond the ‘need’ for warrants – moved past violent crimes to minor infractions, and in time it will become a tool for politics – and for medical insurance.

Those on different sides of the argument have no common ground; they digitally yell at each other, and both — even all — sides are indignant. They all are convinced they are right! Friends are lost and many people are no longer speaking.

So many lament there is no privacy any more anyway, and some days I am more in this category. But the security state would see the demonstrations that were held at Charlottesville, Virginia, two years ago as a perfect day to collect DNA for a political activist database. Collect it from both sides and also those who were neutral – just coming out for the event made one part of it. Get all the DNA – from everybody – the time may come…

For medical insurance companies making coverage decisions it is a bonus. They will see all the data, and the pre-existing condition exclusions will dangle from the trees like codicils on a policy cash cow.  Soon this DNA-for-genealogy could transform into who can have treatment, and then whose embryos are viable as humans.

This family has cancers, this family has respiratory weakness, that family is excitable and this other family has a slow learner. What? No gene modification for this, that or the other – yet? Well, let’s get those sterilized.

It is not that this information isn’t obtainable from countless sources now (which is why my words on this are meaningless) at the snap of a GOP finger, or a 2/3 majority vote in a house or an apartment or whatever it might take for the insurance lobby to not only deny Americans universal health care, but also make Americans pay through the sinus-infected nose and out the croned wazoo, and not cover any defects.

NIH – National Institutes of Health has enough of a database to do the same thing – but with sites like – U Kno HU – it is a snap. In just a few hours you can ID almost any American from a 2nd cousin (maybe easy) or 3rd (not so hard -… for some).

There is no reason any longer to be upset with DTC DNA testing – all this was coming anyway – and it is way past lamenting over this aspect.

The fury is about who betrayed us as consumers – as devoted customers, as users and followers of company after website after blog after group and page. The fury is seeing that, as customers, we were nobodies. We followed their rules – if this is NOT your DNA or you don’t have permission to upload it then no no! Ha!

And then again, even after an air-tight new agreement that everybody had to click to accept – again – oops – we have taken your privacy again even after promising we would not.

Oh the loudest voice of course has a plan to make money off all of it – every aspect – don’t care whose lives are ruined. more… I hope we do not see.

And then the granddaddy of them all – the oldest and best and most trusted and touted company for privacy – and it was like finding out your spouse has been running out. Man oh man – it is fury. You bum.

But the New York Times headline adds a question mark to the question of a warrant. This story is the tip of the coming iceberg. And many of us hope some aspects of this come sooner rather than later – like all the baby boomers with memory problems and worse, but this debate over privacy is much deeper and more impacting than just rounding up deadbeat dads for child support and political revolutionaries, domestic and foreign.

Or just America? Will the European Union’s GDPR save some Europeans from discovery? But since many of those countries have health care anyway, maybe what is known will not hurt them.

Iceland has been facing this fight; the privacy and the right to not know what might or might not be wrong with one has brought this issue to the world’s attention. Here, now, a couple can decide not to marry to have children because of what their genes look like. But as the far-reaching impact of this extreme testing came to light, Iceland faced the problems head on. America will likely just find a way to make or save lots of money on every aspect.

A question about DNA and databases accessible to law enforcement? That is the least of our worries.

First – we need to keep our friendships!

And… I hear over and over the law enforcement use will not and cannot happen with the spit kit companies because there is no way to create third party DNA for the sample to be tested. Since they do not do uploads, only testing, then no LE since no test is possible.

Wrong. This stuff has been around, and of course it is likely a piece of cake for LE and Medical Insurance companies to…

How to do an AncestryDNA test WITHOUT spit

How to do an AncestryDNA test WITHOUT spit 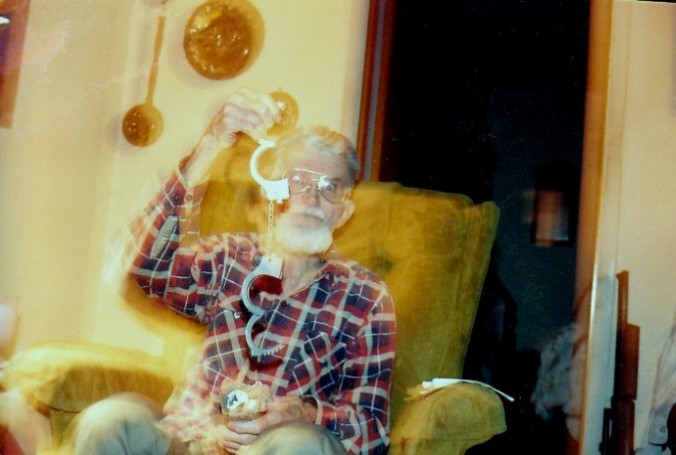