My father’s side has the most “Colonial-Immigrant-American” – American South, in-bred and proud of it. “They were cousins, first cousins, I believe.” My dad’s side does have a Quakerish East Tennessee bunch who stood with the Union and married one who appears to have come to his senses mid-war. His mamma’s daddy’s daddy’s daddy’s side appear to me to be from Germany and I wondered if they might be Jewish who converted to fundamentalist Methodism.  They were a long line of circuit-riding preachers from South Carolina through Georgia and into Florida carrying the gospel as early as the 1830s into Alligator country. I shutter to think. But the DNA does show in that side a percentage of Ashkenazim ancestry and so somebody fairly recently was. But the Scotch-Irish scoundrels are “a piece of work” as they say, mean as snakes.

My mamma’s side saves me from all worth crying over. Her Irish Catholics arrived in the famine years, fought for the Union and gave their lives to their surviving children. The German Catholics were sent away by the Protestants and a couple of lines from these folks also must represent some Ashkenazim ancestry. That would also be the mt-DNA maybe – not sure where this break is going to happen and on which of her sides. There were conversions and more records are still hoped for, but the German genealogists are pricey for my budget, at this stage of life. The French Canadians did not arrive in the U.S. until circa 1870 and the English arrived from Liverpool in the mid 1870s. All in all Mamma is a new immigrant as United States genealogy goes.

Both of my sides have a bit of Finnish. I am very thrilled with this and I have fallen in love with the Leningrand Cowboys. And both sides of my family also have a smidgen of Native American and with both having a smidgen of Middle East, then the likelihood is high that both would quickly have North African and Sub-Saharan African in the recent past.

Meaning I know a lot that is written by me and some of the mainstream DNA testing world is a lot of American, but at one time in DNA testing there were very few of us.

For almost 10 years (beginning 1999) there were only y-DNA testing and mt-DNA testing as tools for genealogy. There was no commercial matching in autosomal DNA like we have today – that began about 2009. So for the first 10 years of using this tool – this record like any other record of DNA – it was mostly surname projects and y-DNA haplogroups – still my first and favorite love for using DNA to prove ancestral lines for several generations.

There was a time when most men began with only 12 y-DNA STR markers and many never went past 25 markers, and we now know that can be deceptive. But many family trees were written in stone based on the y-DNA testing and results of projects. For those with rare haplogroups like G2as, many waited for years for any matches, at any level, and for those with prolific haplogroups like R1bs, they learned over time they are related to half the Western world.

The meaning of my thoughts is: We need to test more people worldwide to make these databases more applicable to peoples all around the world. I am always trying to reach out for all of us to learn and share DNA tools and all other international resources such as records and information on places and peoples. These must be shared with any people who might like to learn more about their ancestry and how their families became scattered throughout the world.

There was a time before Facebook and so on when fellow searchers found each other on websites like Rootsweb and Rootschat. Both are still great resources for finding old-timers – people who long ago began searching for families all over the world.

Today with Google Earth I can visit almost any place on earth. Grandfather James Hutton who lived on High Street In Newry, Armagh, or my mt-DNA grandmother Augusta daughter of Julia who was from Saalfeld, Thuringia. I can see the street view up and down the road of the Lancashire cemetery, glide past my old apartment in Happy Valley Hong Kong and record for posterity the screen capture of the street view of any place I ever lived or visited.

With Google Search I can find old photos and maps and from country to country we can all add to each other’s knowledge of places folks have been and where they want to go.

For searching there are many browsers worldwide but still, for my time, for searching all information, I find more by searching first with the Google search engine:

And with DNA I can see the world through my genes. Learn all the haplogroups from all lines and as much abut autosomal DNA for as many as we can. Learn about those haplogroups and where they have been found through time – learn the terminal SNPs for long dead peoples enjoy learning history through your own genetics. 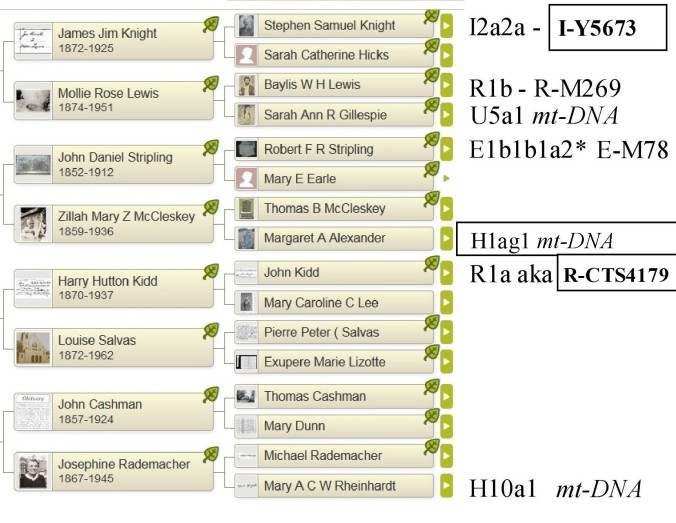 Family by family I have worked to identify the haplogroups and over time hope to learn more about where those haplogroups lived. Yes, all peoples meld into one as it is said about pedigree collapse and for all the world whether you have any European ancestry or not your neighbors do and maybe your in-laws and maybe you also a bit or a lot. Chart from previous trees on Ancestry.com the go to place for records and hands down the largest DNA database. 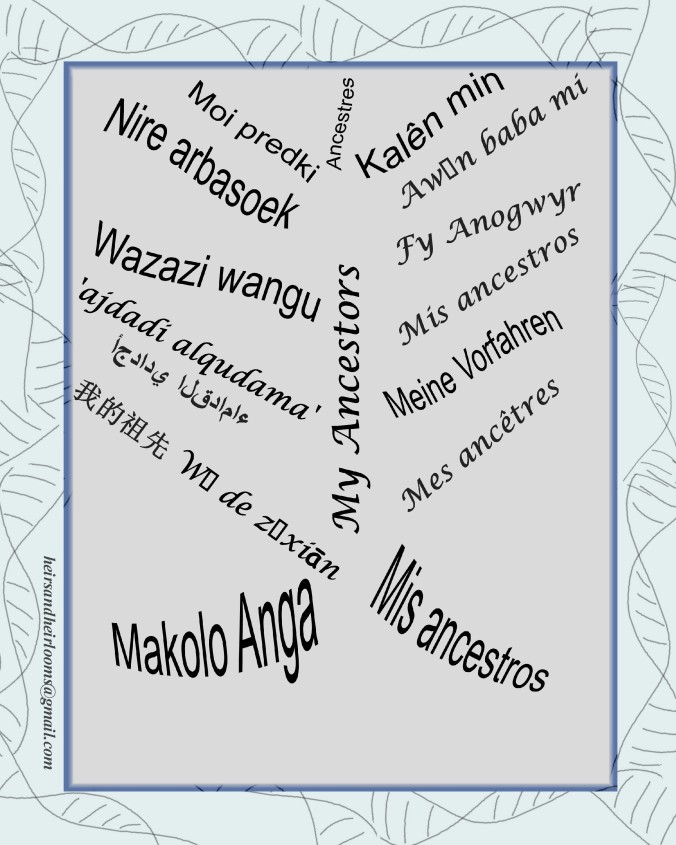 All will agree – I am no artist 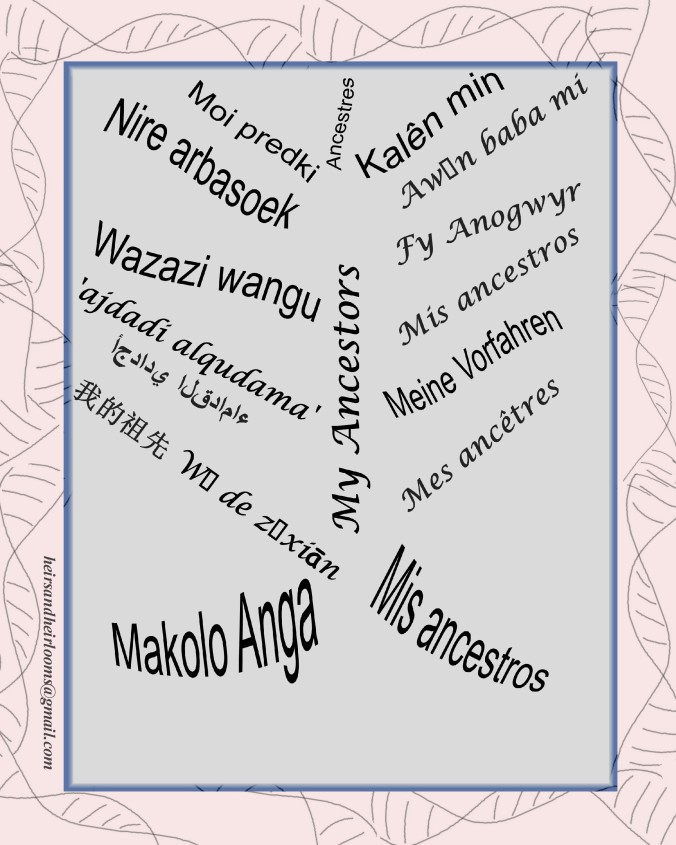 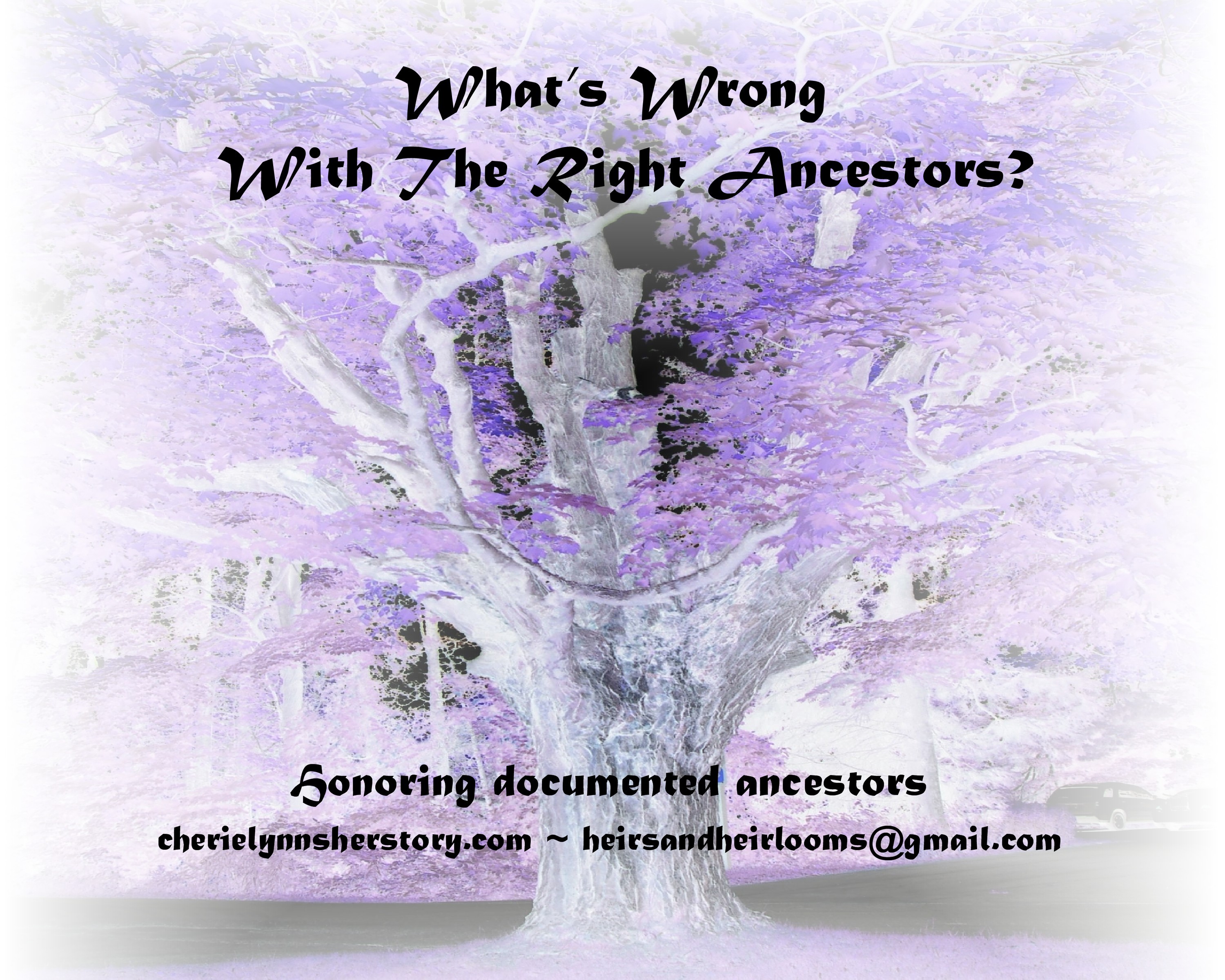